Seats are now cool – fact! Gone are the days of Seat being a lesser known and disrespected manufacturer, the Volkswagen Group have developed Seat into the sporty section of their portfolio of vehicle brands. Cars like the fantastic Leon FR and the Ibiza Cupra are genuine beneficiaries of Seat’s involvement in global motorsport like the WTCC and BTCC. But Seat isn’t just about speed and thrills – it’s about value for money too, and that’s why Volksmasters range of Seat specific services will help keep your Seat on the road for longer.

Although only popular in Europe and Africa, as well as some parts of South America, Seat is one of the biggest manufacturers within the VW Groupation (VAG). The Volkswagen Group bought Seat in 1986, after the Spanish government decided to sell the state-owned company established in 1950.

As a sister company to both VW and Audi, Seat’s cars are vaguely similar in quality and feel but are the most ‘youthful’ brand of the three. Whereas Audi is seen as a premium brand and VW sells cars to the masses, Seat’s primary demographic is younger people who want aggressive-looking and affordable vehicles.

Before we delve deeper into specific Seat models and their features, we have to discuss the issue with the ‘Cupra’ moniker. You see, historically, Seat has reserved the Cupra nameplate for its sportiest, most exciting cars, but all of that changed in 2018 when they decided to make ‘Cupra’ an official subsidiary of Seat.

Think of them like Mercedes and BRABUS, or BMW and Alpina. The cars are fundamentally still Seat underneath, but it’s just a way of distinguishing them from the regular lineup and dedicating an entire facility to making sporty Seats.

Seat makes a lot of cars, from small city runabouts to large MPVs, but we’ll kick things off with their tiniest offering: the Mii. We’ve already mentioned that Seat and VW are siblings, so it shouldn’t come as a surprise to find out that the Mii is actually a VW Up! in disguise. Seat tried to give the Mii a sportier look, but it’s still distinguishable as an Up!.

The Mii is one of the most economical city cars currently on offer, and also one of the most affordable new cars on sale. The only engine on offer is a 1.0-litre three-cylinder, with the naturally-aspirated variant making 60 or 70 horsepower, and the turbocharged motor producing between 90 and 115 horsepower, depending on the trim.

The Ibiza used to be a cheaper alternative to the VW Polo, but nowadays it’s usually the better propositions since it looks meaner and it’s the more interesting-looking of the two when it comes to the cabin. The smallest engine is a naturally-aspirated three-cylinder, just like the one found in the Mii, but the most potent variant comes with a 1.8-litre TSI making 189 bhp in the Ibiza Cupra model.

The latest Ibiza doesn’t get the 1.8 engine, as Seat has replaced it with a 1.5 TSi EVO unit. The Mk5 Ibiza built from 2017 onwards only has a 1.6-litre TDI diesel engine in the lineup, but the previous car was available with the 1.2, the 1.4, the 1.9, and the 2.0-litre TDI engines. Anyone familiar with VW’s TDI engines will tell you they’re bulletproof, apart from the usual MAF failure or DPF issues. 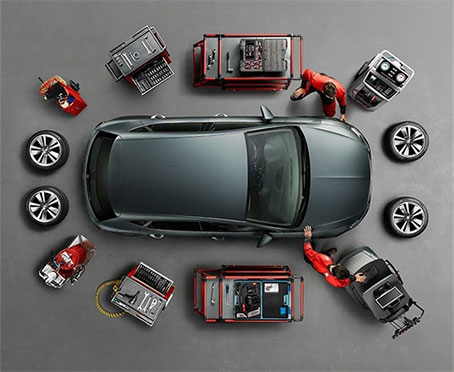 The Leon is arguably one of the best cars in the entire VW Groupation, especially when you take price into consideration. It’s easily better looking than the Golf, and just as exciting as the Audi A3 which it shares its underpinnings with. The fourth-gen Leon was announced at the beginning of 2020, so expect it to hit showrooms soon. The Mk3 Leon was one of Seat’s most popular models, and it remained in production for a full eight years.

Engines were almost identical to those found in the Ibiza, except Seat didn’t bother with the 1.0-litre as it was too small for the Leon, and the range-topping motor was a 2.0-litre TSI producing between 188 and 296 bhp, depending on the trim. There were two diesels on offer: a 1.6 TDI making either 89 or 103 bhp, and a larger 2.0 TDI producing 148 bhp and 181 bhp in the FR variant. Same issues and common faults apply as the Ibiza.

The Tarraco is the latest car to join Seat’s SUV lineup and is easily the largest vehicle they’ve ever made. As is the case with VW, Seat doesn’t have that many large-capacity engines to put into their larger cars but instead rely on turbocharging to achieve the same effect.

The Tarraco is available with a 1.5 and a 2.0-litre turbocharged petrol engine, as well as the already-familiar 2.0 TDI unit, producing 150 or 190 horsepower. Although it’s front-wheel drive as standard, you can get it with the 4Drive all-wheel-drive system. Seat also makes the Alhambra, a large MPV that’s great for big families.

Because they’re part of the VW Group, most of the issues related with VW and Skoda apply to Seat as well. The diesels should run forever if you maintain them well, as showcased with plenty of older Seats easily breaking the half a million-mile mark. The DPF can sometimes act up, and EGR valve problems aren’t unheard of.

The cabins typically hold up well, but squeaks and rattles on older cars are to be expected. As with most diesels, even the newest cars aren’t immune to carbon build-up, but that’s not cause for major concern.

If you love practical cars which are genuinely fun to drive and don’t cost a fortune, then a Seat might be right for you. In the olden days, the Seat badge was an issue for a lot of people who paid massive premiums just to say they own a VW. Nowadays, most Seats aren’t that much cheaper than their equivalent VW models, but they’re usually better equipped trim-for-trim and are almost always better looking.

Diesel Vehicles Up To And Including 2.0

View what’s involved in our various servicing options on our servicing details page.

The Digital Service Schedule is the new way of recording and protecting your Audi/Volkswagen service history. All vehicles built from November 2012 onwards will now have their entire service history stored electronically in a secure online database.

Volksmaster will provide you with a print-out of the service record each time you visit.

The Digital Service Schedule has many advantages over the traditional paper service record including:

Maintaining a full and up-to-date service history which is trustworthy and accurate will help preserve the resale price of your vehicle.

Make A Booking For Your Seat