Whether you drive a 1 series or an X6 or anything in between, Volksmaster have the skills and experience to look after your BMW and keep you on the road. Not only that but we could save you up to 40% on the price of a main dealer service or repair. We offer a personal and professional service that keeps our customers coming back year after year. If you live or work in the North Manchester area give us a try, you’ll never go elsewhere.

When it comes to luxury cars with sporty performance, BMW is in a league of their own. The brand was formed back in 1916, in Munich, Germany, making it one of the oldest car manufacturers on the planet. Although most people consider BMW to be part of the ‘German trio’ consisting of Mercedes and Audi as well, they’ve always been one step ahead of the other two when it comes to driving dynamics.

BMW practically pioneered the entire luxury performance saloon segment with the first M5, the E28. It used a modified version of the BMW M1’s straight-six engine, developing 286 horsepower and 250 lb-ft of torque. That’s quick by modern-day standards, so it must have felt ballistic back in the mid-1980s. Two years later BMW came out with the E30 M3, a car which would ultimately spawn the most popular compact performance saloon ever and an entire automotive segment affectionately known as the ‘M3 segment’.

If there’s one thing BMW never compromises on, it’s performance. Their cars have typically always outperformed their rivals from Mercedes and Audi, making the perfect choice for anyone in the market for a driver’s car. Take BMW’s smallest car, the 1-Series for example. At a time when Mercedes and Audi were producing small front-wheel-drive hatchbacks, BMW decided to give buyers something different: a front-engined, rear-wheel-drive small hatchback that was easily the most exciting car in its segment.

Then there’s BMW’s X5, which set the market ablaze back in 1999. People predicted it would be a sales flop and that nobody would buy one, but if history has taught us anything, it’s to never doubt BMW. Sure enough, twenty years later after the launch of the X5, and crossovers and SUVs are now officially outselling both hatchbacks and saloons. 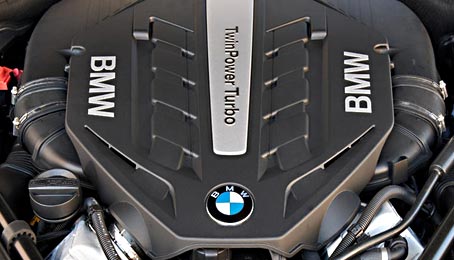 We’ve already mentioned BMW’s M5 and M3, but it’s worth noting that the cars they’re based on, the 3-Series and the 5-Series, are the most exciting cars you can buy in their respective segment when it comes down to ‘regular’ cars most of us buy and own. There’s a reason people refer to them as driver’s cars, even though they’re probably not the most exciting to look at. BMW’s been traditionally conservative when it comes to designing both the exterior and the interior, but they’ve started to switch things around in the last couple of years.

In 2019 we saw the launch of BMW’s seven-seater SUV, dubbed the X7, as well as the return of the old legend from the 1990s, the 8-Series. With such a wide model lineup you could say there’s a perfect BMW to suit everyone’s needs.

When it comes to servicing and maintenance, BMWs get a bad reputation for being costly or often breaking down, but that couldn’t be further from the truth. The reason you see so many battered BMWs on the road is because a lot of people who own them like to drive them hard but fail to regularly service them. Being so much fun to drive, people like exploiting BMWs and pushing them to the limits quite often, far more so than Mercedes or Audi drivers do.

With normal maintenance, BMWs are surprisingly reliable given how much abuse they’re designed to take. Early all-wheel-drive xDrive systems are getting old now, so they require extra care, but other than that, BMWs are neigh-on bulletproof. Older diesels can have failing diesel particulate filters, but that’s the case with any diesel engine, not just BMWs.

These cars are extremely sensitive when it comes to regular servicing. They’re designed with performance in mind and you can’t expect them to last as long as a small Japanese hatchback without any care. Treat them right though, and they shouldn’t give you any issues.

ALL OUT SERVICE PRICES INCLUDE A 50 POINT VEHICLE INSPECTION AND REPORT.

View what’s involved in our various servicing options on our servicing details page.

Make A Booking For Your BMW