To say that Mercedes-Benz is the father of the modern automobile, wouldn’t be a fallacy. The three-wheeled Benz Motor Car, introduced in 1886 by Karl Benz, is accepted by many to be the first road-going motorcar. Although the initial vehicle’s three-wheel concept didn’t stay for too long, the idea was embedded in the industry, and soon all the other competitors came up with their iterations. Not long after the Benz Patent Motor Car came to light, the world saw four wheels on a chassis. Then, there were doors, a roof, bigger engines, and the rest is history.

In other words, Mercedes – Benz practically began a revolution that transformed the world. People started shifting from stagecoaches to full-grown vehicles, thanks to them. But more so because of Karl Benz and his initiative in the late 19th> century.

But the brand wasn’t known as Mercedes – Benz in the beginning. In its infancy, the company was known as Daimler – Benz, based on the partnership between Karl Benz and automobile entrepreneur Gottlieb Daimler. The two came together and produced some of the most exceptional motor vehicles known to man. They began with the first Mercedes in marketed 1901 and never looked back. 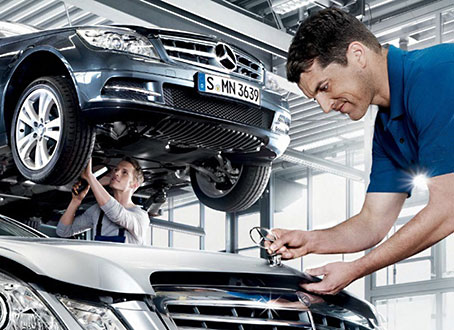 Famous Vehicles Produced Over the Years

Mercedes has produced several notable cars in its 100+ years history. But some models stand out for being right out amazing. Here is a brief look at some of the best vehicles made by the brand.

The Mercedes – Benz SSK (Super Sport Kurz) was a 2-door roadster produced between 1928 and 1932. Interestingly, the sports-oriented vehicle was the last one to be produced for the company by none other than Ferdinand Porsche. Yes, the same man who later founded his automobile brand.

The SSK is special for Mercedes in the sense that it was the brand’s first vehicle to get unparalleled recognition. It had a short wheelbase, which led to agile handling and better balance. But more than that, Mercedes went overboard in the engine department. They installed a mighty straight-six and mated it to a supercharger in the SSK. Undoubtedly, the car made 200-300 horsepower and more than 500 lb-ft of torque. The top speed was charted to be 120 mph, making the SSK the fastest car of that era.

Mercedes made only 40 pieces of this amazing machine, which makes it a pretty rare car in today’s world.

The 300 SL “Gullwing” is perhaps the most iconic Mercedes car. It was produced between 1954 – 1963, and the vehicle came in both the coupe and roadster bodystyle configuration.

The Gullwing is famous because of its doors, which open up like a gull opens its wings. Hence the name and the car’s uniqueness. But on top of that, the SL 300 was also a speed demon. It had a 3.0L engine which could make 240 hp and 217 lb-ft of torque. Top speed was clocked at 163 mph, making the SL 300 the fastest sports car of its time. 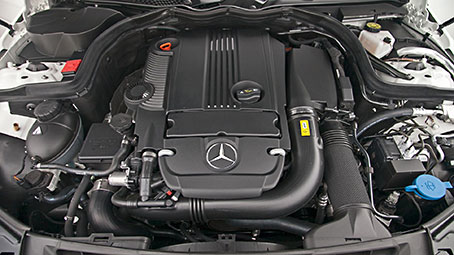 The Mercedes S-Class needs no introduction, and that’s because this car is the most well-known car to come out of the company. The S-Class was first produced in 1954, and it is currently still in production. So, not only is it famous, but it is a highly successful model for Mercedes.

The S-Class is the epitome of luxury and performance. It is arguably the most luxurious sedan in the world, with only a few competitors coming close to its status. This statement is solidified by the fact that many world leaders, including Presidents of several countries, prefer the S-Class as their official vehicle.

The Mercedes – AMG GT is one of the latest models to come out of the brand’s factories. The AMG GT is a car with sports DNA embedded in its soul. It has taken part in several competitions over the years and performed well in all of them.

The AMG GT also has the honor of being the official safety car of the Formula 1 racing series. If that is not an achievement, then you should reconsider your thoughts.

The G-Wagon has become a highly popular model in recent times. The SUV competes with the Lamborghini Urus, the Bentley Bentayga, and others. Interestingly, the G-Wagon beats everybody else in appeal and style.

The vehicle’s rugged and raw appearance is what attracts people the most. The burbling Biturbo V8 only adds to that advantage!

The Mercedes brand has a rich history and possibly a bright future. The automobile company is transitioning into the EV era, with vehicles like the EQS, EQ, and EQA. Hopefully, what is to come will be as eventful as the past.

All Prices Include Labour, Genuine Mercedes-Benz Parts and VAT.

“A” and “B” Service prices represent the base service cost. In addition other work is recommended to be undertaken at various intervals based on your vehicle’s mileage and age. The types of work are listed at the back of your Mercedes-Benz service book and Volksmaster will advise you of any additional cost before any work begins.

All servicing carried out at Volksmaster is carried out in accordance with the Mercedes-Benz manufacturers service schedule and all digital service records updated and maintained.

What is a Mercedes-Benz B Service?

What is included in an “B” Service?

The “B” Service includes: